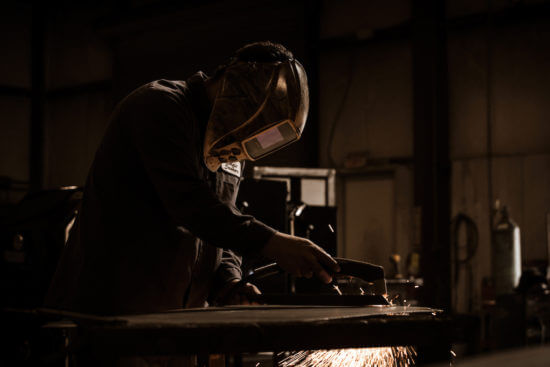 Stump’s™ Smokers began as a dream to build a better BBQ cooker. Being a competitive BBQ team was the reason for beginning the journey to build a smoker to fit those needs. The basic philosophy and principal for this smoker was; “ to build something  to have consistency, ease of use and something that will allow for being able to rest while other competitors are awake all night tending their pits”. At the time, just an idea; one that lived 24 hrs a day 7 days a week inside a dream, it’s what  began the process.

Armed with a just blueprint clearly engrained inside his head, Walter set out to build a smoker with innovations and technology no other Pit Builder in America had ever dreamed of doing. With his background being in the HVAC industry and having a complete understand of air movement, is where the first ideas for a new type Smoker came from. Passion and an undying work ethic were the qualities that fueled this new design and to be on the cutting edge of BBQ Smoker designs are what fueled the desire.

Little did we know the significance and impact it would have on competition BBQing, Catering and Vending Professionals, Restaurateurs and the Backyard enthusiast. After originally being shunned by the competitors with this new cooker, it only took a few wins right out of the gate with this new style cooker for others to become interested in this new technology and want to also have this new “freedom of not tending a cooker every 45 minutes for the duration of their competition cook. After others had the opportunity to see The Gravity Feed System™ in action and be made aware of the consistency of the units cooking process; the news spread fast of this cooker’s advantages and its ease of use spread fast in the BBQ community and soon, what had once been referred to as a pipe dream approach to barbecuing has taken the BBQ community by storm.

The evolution of The Gravity Feed System™ has changed the way cooker manufacturers look at new designs and innovations in the field. No one cooker design in America today has made more advances in sales, won more competitions in the last 7 years, and had more accolades than our Vertical Series line of cookers To fuel a dream and to have changed the way a whole brethren community thinks is a phenomenal feat within itself.